One of the tricks to running a successful antique booth is to make sure your inventory rotates often.

I’ve had an antique washstand hanging out in my space up at Antique Company Mall for a month or two, which is longer than I would like. So, I decided it was time to give it a new look.

I had such a great response with the Luckett’s Green milk painted dresser that I decided to try the same color again on this piece.

I liked the tone of the washstand’s existing wood and most of it was in great shape, so it made a good candidate for milk paint.

Now, here’s the bad news . . . major blogging fail! I accidentally took the before pictures of the washstand when my camera didn’t have in its memory card.

So, that means no before pictures!  BUT, I do have some great after pictures, that I think are still worth sharing. I love how it turned out! What was an OK piece turned into a statement piece, with only about two hours and a little bit of paint.

With the green dresser from before, I painted on an undercoat of chalk paint so that the milk paint would stick better.

With the washstand, I painted the milk paint directly onto the wood, and it performed its chippy magic. I also really like the original brass hardware, including the towel bar and casters. 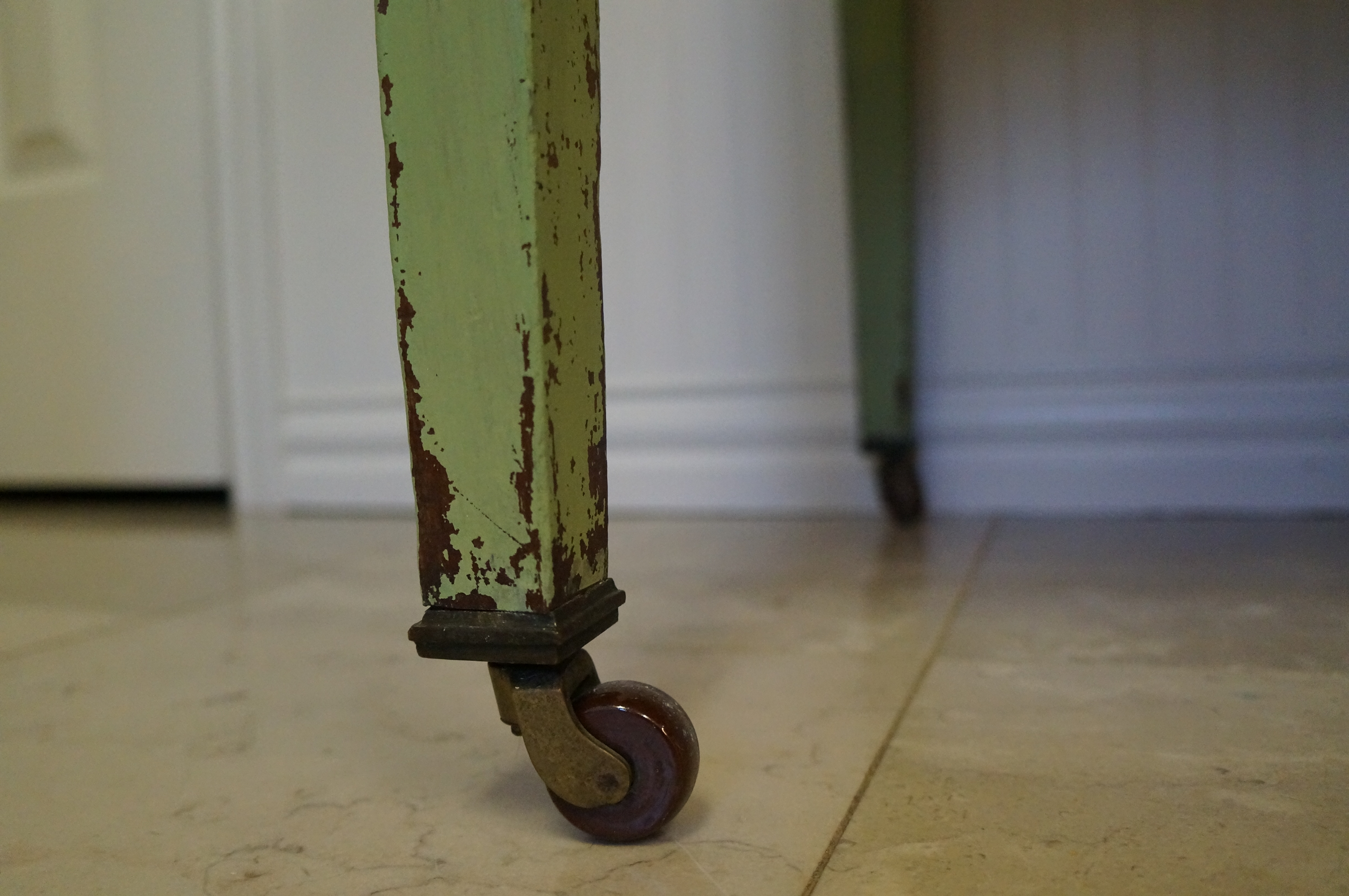 In the middle of every milk paint project I always think “oh my gosh, this looks horrible!”

But I’m learning to trust the process, and without fail, the end product is always fabulous.

I think this piece will now make a quick exit from my booth and free up some space for new inventory.