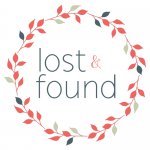 If you would have asked me 5 years ago what I thought about “runners,” I would have told you that they are crazy people.  The idea of waking up insanely early in the morning, running ridiculous amounts of miles, and exercising outside in all sorts of weather just seemed nuts.  Many of you probably agree with me–most of the habits of runners are completely illogical and certainly not enjoyable.

So with that outlook, I never thought I would turn into a runner myself.  But something happened in my life almost five years ago that made me desperate enough to try anything to feel better, even running. My second child was about to turn one and my oldest about to turn 3. My husband was in the middle of a 2 year Master’s Degree program, and we were living on a shoestring budget.  I had dealt with a brief period of postpartum depression after my first son was born, but I was unwilling to admit that I was once again depressed.

Maybe it was fear of it becoming a chronic condition, or stress over not having insurance to cover treatment costs, or just plain emotional exhaustion from having two little ones in a stressful environment away from family.  For whatever reason though, I just trudged along, refusing to deal with the disease that was ruining my life.

Like any real medical problem, pretending you don’t have depression doesn’t make it go away. In just about every case, it only makes it worse. By God’s good grace, finally my situation reached a point though where I couldn’t fake my way through life any longer.

Through the financial and emotional help of my extended family, I began a treatment program in October of 2009. One of the things that was suggested to me by my counselor was regular exercise and getting outside every day.  I had some close friends who knew I was struggling and who happened to be runners.  They kept telling me about how great running makes you feel and encouraging me to give it a try.  Desperate to find something that would help my mood, I decided to start a running program and train for a race.

I figured I might as well go big, so I signed up for a half marathon the following April. I had six months to train for a 13.1 mile race.  When I started running in October, I couldn’t even run 1 mile, in fact I had never run more than 2 miles in my life.  It was slow going for about 6 weeks, but finally I hit the point where I could comfortably run a very slow 3 mile circuit around my house.  I started running that circuit three times a week, and running one longer run every Saturday morning. The time of the race came in April, and I had three goals:  run the whole 13.1 miles, not finish last, and beat at least one man.  In mile 12 of the race, I realized I was going to reach all three of those goals as I began to run past person after person who had passed me earlier in the race.  When I crossed the finish line, I felt like a million dollars! Even more importantly, over the 6 months of training, I had found that running really did help my mood significantly. It gave me that regular time outside and time by myself, as well as time to listen to encouraging music or sermons from my favorite pastors.  The race training ended up being a key component to my depression recovery.

In fact, when I turned 30 the March right before my race, my husband told me at our dinner out that it was like I “had come back from the dead.” So you can say after that first race, I was hooked.  I still didn’t fully embrace all those crazy things real runners do, but I was excited about trying more races and exploring this new hobby more. Over the course of the next 4 years, I ran a few more races, including another half marathon about 8 months after my third child was born. Once again, the regular running, counseling, and medication had helped me recover from another experience with postpartum depression. In October of last year, I finally ran my first full marathon (which is 26.2 miles for those of you who are bad at math like me). It was crazy hard. Yep, I wept after crossing the finish line 🙂

The race didn’t go as well as I had hoped, so I decided to try running another full marathon after taking some time to rest.  While looking at races online, I noticed the sign-up was open for the 2014 St. Jude Memphis Marathon. Memphis is my hometown, so I thought it would be great to run a race there. But also, running the St. Jude Marathon would give me the opportunity fundraise for the hospital.

If you are unfamiliar with St. Jude, it is the leading children’s cancer research hospital in the nation.  No family is ever turned away for treatment, even if they don’t have insurance or can’t afford their copays.  In fact, the St. Jude website reads, “Families never receive a bill from St. Jude for treatment, travel, housing and food – because all a family should worry about is helping their child live.” It is an incredibly facility and has offered hope and healing for tens of thousands of children and their families since opening their doors in 1962. I happen to have a personal connection to one of those children and families–please let me introduce you to Garrett. He is eleven years old and is the son of Matt and Jenni, who are friends of mine from high school. Garrett was diagnosed with autism as a toddler and his family took the challenge head on.  Matt and Jenni have become pillars in the autism community, supporting and helping many families.  Garrett is a fun-loving, vivacious little boy, but is nonverbal, and uses his iPad, flashcards, and more to communicate.

I believe raising a special needs child has to be one of the most difficult experiences in parenting.  So consider the additional burden placed on this awesome family when the word “cancer” entered their world a year go. Garrett had been fighting a mysterious eye disease which ultimately led to one of his eyes having to be removed.

After testing, doctors diagnosed Garrett with retinoblastoma (cancer of the eye) and he was admitted to St. Jude on September 25th, 2013. He has been undergoing chemotherapy and radiation treatment since, currently making great steps towards being cancer-free.

With that personal connection to Memphis and St. Jude, I decided to register for the 2014 St. Jude Marathon as a Hero Fundraiser.  I have committed to raising $500 for St. Jude, and am raising those funds in honor of Team Garrett and my friends Matt and Jenni. I was welcomed into the Hero fundraising family a few days ago when I got these bright green laces in the mail.  People all across the country are sporting these laces to show that they are running for St. Jude, and I am honored to join them.

I have finally given in and will admit that I am now a “runner.” All of those things I used to think were crazy, I now do too.  But why do I run? I run for myself–for my health, both physically and mentally, I run for my family–to be the best mom and wife that I can be, and I run for my friends–Matt, Jenni, and their family who is in the middle of and endurance test longer than any race out there.

So there it is…that’s why I run. I hope you will run with me, by donating to St. Jude through my personal fundraising page: http://heroes.stjude.org/MelanieAlexander And to follow along with Garrett’s progress, please visit Team Garrett on Facebook. I thank you in advance for joining me!

Pinned! Shared on FB! And will make this my "pick" on Monday night. Melanie...you are an inspiration. Thanks for bravely sharing your story with us at Project Inspire{d}!

Wow! Thank you so much Diane. I so appreciate it, and I hope others will read and be encouraged as well.

Dawn @ We Call It Junkin

Beautiful, Melanie! You've shared something really personal and honest, and I'm glad you are doing so well. May God bless Garrett and his family. Thanks for sharing this at History & Home this week, take care: Dawn @ We Call It Junkin.com

Thank you Dawn. I really enjoy getting to share my story in hopes that it will encourage other women, and now I'm happy that it can help raise some funds for a great cause too. I appreciate you reading it!

Wow! I found you through the SITS link up and I loved your post. I found myself when I started running and now I too am training for the St. Jude marathon! I'm a Memphian so St. Jude has always been so special to me. I'm on a 365 day run streak to raise money for St. Jude and today is day 186 of running at least one mile a day. Thanks for sharing!

Melanie, I love this blog post -- it comes straight from your heart! I found your post through the SITS Girls Saturday Sharefest.

I am a veteran marathoner -- I have completed 29 marathons thus far and will be running NYC this November.

I have been a member of Fred's Team for 20+ years -- we are a group of dedicated runners who raise funds for pediatric cancer research at Memorial Sloan Kettering Cancer Center in NYC. Please check out my blog, especially the posts about Fred's Team.

I wish you the best of luck in your next marathon and pray for the very best for Garrett! Run strong!

Hi Candy! Thanks so much for stopping by and for sharing your running experiences. I wish you all the best in your training, how awesome it will be to run in January and celebrate those two amazing milestones!

Hi, I’m Melanie! But my friends call me Mel.

Home is where life is both lived and recovered from. It’s an oasis to refresh your family as well as your friends. But creating that space shouldn’t break the bank.

I hope this blog helps you create your own beautiful home on a budget.